“The real history of Lake Aurora is not embodied by anything on this campus...but by the hundreds of youth who have gone on to serve the church in some very strategic ministries – missionaries, preachers, campus ministers, professors, chaplains and editors.”

On March 11, 1947, the vision of a group of church leaders snapped into focus. On that day they closed on 20 acres of opportunity in the heart of Florida. Soon it would also be in the hearts of many Florida Christians. 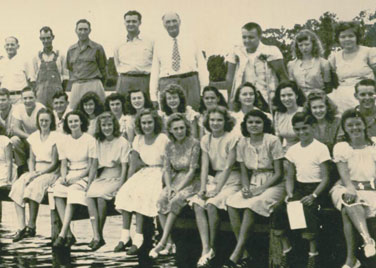 V.G. Gilbert, the minister of the First Christian Church in Lake Wales, led the charge, but he was far from alone. Leaders from Ft. Myers to Jacksonville stood along side as they systematically and sacrificially worked to make their vision a reality.

Was it difficult? Very much so. First Christian Church in Ft. Myers was the largest financial contributor, but times were tough and the Lake Aurora concept was still in formation. Sadly, the money stopped in the spring of 1947, and the supporting cast of ministers said the project must stop.

With stacks of unpaid bills for material on the grounds, V.G. Gilbert took the situation to his church in Lake Wales.

The church was saving money to build a new building, but quickly voted to loan the necessary money to the Lake Aurora venture.

So, in July of 1947 the churches of Florida held their first camp on a campus they owned.

The initial Lake Aurora campus was a sandspur-filled clearing in a scrub oak wood on the edge of a sinkhole lake. The effort had involved volunteers from the Baptists to the Disciples of Christ, from chain gangs to prominent civic leaders. But, quickly history began to blur with speed and has continued to fade with time. 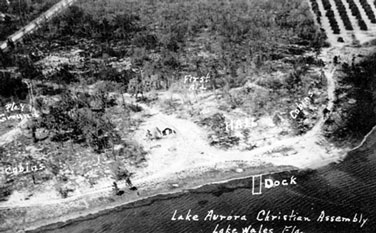 We know a retired Illinois Highway Patrolman and his wife came to be the first resident caretakers of the property. Herman & Sadie Davis would spend many hours turning the sand spur clearing into a lawn. 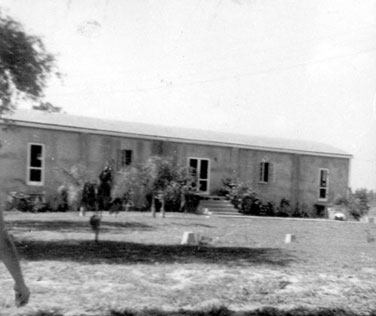 But Lake Aurora’s future was not clearly defined for nearly two decades. It was definitely a youth camp, but what else was it to be? A retirement community for ministers? A community of local church owned cabins? A convention center? A Bible college?

Today’s focus began to come into being when Jack Melindy of the First Christian Church of Wauchula was the Chairman of Trustees. It was under his leadership that the current dormitory concept of the historic Lakeside Campus took shape.

But even before the master site plan could be built out, more change took place. The grand view of housing 622 campers on a 20 acre campus gave way to what is now known as “the steel tent.” The 1970’s would change the face of the Lake Aurora ministry by refocusing the original vision. The camp was able to purchase more land to the south, thus insuring continued access to the lake. Much of the vision of V.G. Gilbert was still missing but with the help of the camp’s first Coordinator or Executive Director, Bill Redmon, it was able to become a reality. 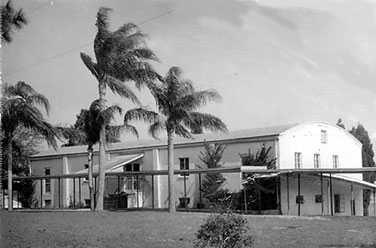 Programming again became the critical component of the Lake Aurora ministry. During the 70’s and 80’s Lake Aurora became the national leader in innovative and quality programming. America had changed from the America of the 1950’s and the church was struggling to cope. Camp became the laboratory in which new concepts of youth leadership would be explored.

Camps had to adjust to campers coming from dysfunctional homes. They had to suffer through the frustrations of church leaders who were looking to blame someone for the breakdown of respect in society.

But Lake Aurora remained a strong ally to the church through those difficult years and came through them stronger than ever.

In 1988 the relationship between the camp and the churches underwent its most critical test since the original purchase in 1947. The churches were faced with the choice of purchasing 50 acres of grove for $1,000,000 or risk seeing their camp fade away. They chose to make the purchase and up the stakes in their vision. This is the same time the churches voted to change to a Board system for the governance of the camp.

God is good, and honored their faith and commitment by blessing Harry & Margaret Trumbull, who in turn blessed the camp by purchasing & holding the 50 acres for the camp.

The development pace and stakes for Lake Aurora seemed to move both slow and fast, all at the same time.

Lake Aurora had to rethink its entire mission and ministry, and it did this by listening closely to the churches.

Polk County required the camp to plan every building they ever planned to build before they would be allowed to build even the first new building. That plan was approved by the County in 1989. In 1995 the camp moved into the dining hall, the first of the new buildings on the newly acquired land. 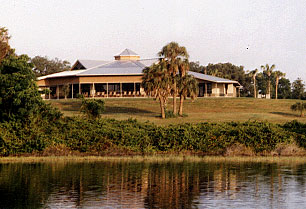 The dining hall, completed in 1994

Probably the best indicator of the good relationship between the camp and its constituency was the support given to the Tent Peg program. Hundreds of thousands of dollars have now been given to the camp by loyal supporters -- $25 at a time. Such an example of support may exist nowhere else within the Restoration Movement.

In 2006 the camp underwent another significant transition when the only Executive Director the camp had ever known, Bill Redmon, retired and the Board selected Mark Clark, a former Lake Aurora camper, to become their new leader. In 2013 Mark Clark returned to local church ministry and the Board of Trustees chose to select an Executive Team approach to leadership that consisted of Steve and Phyllis Bornemann and Jason Mocherman. The camp continues to be led confidently by this staff that God has brought to Lake Aurora over the years. 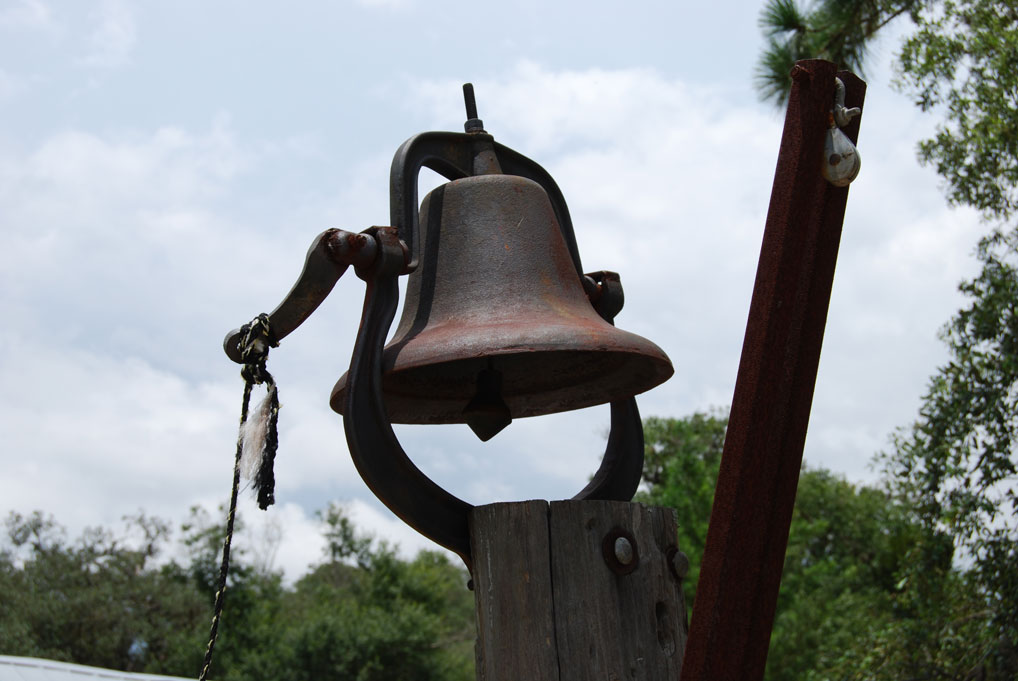 But, the real history of Lake Aurora is not embodied by anything on this campus. It is embodied by the tens of thousands of youth who have benefited from the initial vision. It is embodied by the hundreds of youth who have gone on to serve the church in some very strategic ministries – missionaries, preachers, campus ministers, professors, chaplains and editors. In fact, it could safely be said that the sun never sets on all former campers who are serving God in special ways.

We are here today because God has blessed the vision of His people. Lake Aurora may be the first cooperative venture undertaken by the Christian Churches and Churches of Christ in Florida, but it certainly has not been the last.